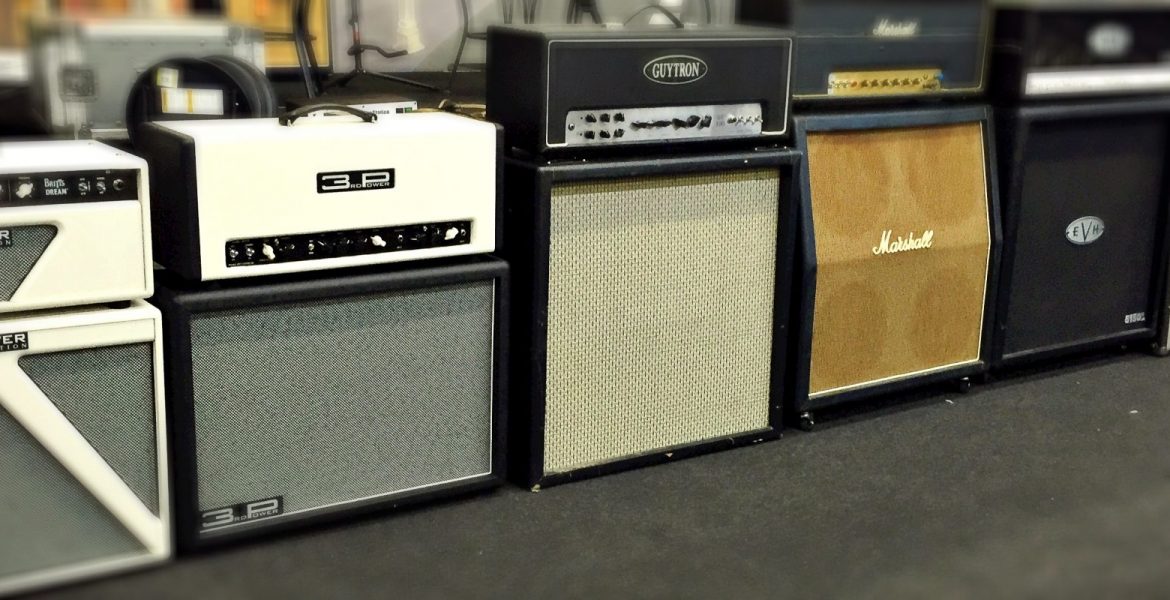 It started with the Atomic Amplifire.  I had spoken to Tom at Atomic about making some presets for the Amplifire sort of like what I was doing making profiles for the Kemper.  It didn’t take long to figure out that the biggest difference between the results I was getting with the Kemper and most other amp modelers was the sound of the cab portion of the amp tone.  This was a good thing because many of the newer amp modelers are leaving the window open for importing your own speaker cab impulse responses (IRs).  After asking a few questions and spending some time on the internet, I figured out how to shoot some IRs of my own speaker cabinets.  Maybe then, I could get sounds on the Atomic that were closer to my Kemper profiles.

I really had no idea if anyone else would like the Atomic presets but I found them to be useful and had a nice feel to them, especially considering the Amplifire is quite a bit less expensive than a Kemper.  Overall, I think the response was pretty good.  I started getting emails asking if I did presets for other devices, so I began to explore further.  I ended up buying a Line 6 Helix and would work on it off and on between making Kemper profiles.  I shot many different IRs of all of my cabinets and spent a lot of time doing trial and (much) error tweaking over the past year and a half.

The problem with the human ear is that it gets used to what it’s hearing and adjusts accordingly.  This really inhibits spending long hours on tweaking.  After an hour or two, the law of diminishing returns sets in and I end up undoing any progress I may have made.  It felt like two steps forward, one step back for quite a while and I even mentally threw in the towel a few times, vowing to just stick to Kemper profiles.

I came to realize that the IR will always be a slave to whatever the amp model is.  Every amp model sounds different, both from competitors’ versions and from the real McCoy and just adding my speaker cab wasn’t always sufficient in getting the best tone possible.  And a cab that sounds good with the Line 6 Blackface Deluxe model may sound like garbage on a Marshall Plexi.

I searched for a common thread, something that might somehow work and sound good but always have a tonality that didn’t amplify the differences between amp models.  One of the biggest sticky spots in most modelers is that the amp/cab models are purposefully built to exaggerate their unique tones.  This may work great if you’re looking for a single representation of an amp for recording, but trying to seamlessly switch between different amp models in the middle of a song would be awful.  The ears and brain just can’t switch gears fast enough to catch up to the drastic eq shifts that accompany such changes.  This is one of the biggest reasons I use the same cab for most of my Kemper profiles.

So I set off to capture IRs of multiple cabs keeping in mind all of the issues with speaker phasing, comb filtering, summing, and the like.  Did I mention it was a bit tedious at times?  I would shoot IR, import, install in machine, listen to how it reacts with an amp model, figure out what I think it needs to be better and then adjust the mic/cab blend and do it again numerous times.

I think what I’ve ended up with are a set of my signature “warm-sounding” (although I tried to incorporated some brighter versions) cab sounds to make digital amp models sound rich and thick while still retaining clarity.  I’ve tried them on a few different modelers and I haven’t had to do too much drastic eq-ing to get them in the ballpark for where I like things.  Of course, as I’ve said before, tone is a very subjective thing.

My first preset pack release to feature these new “Mbritt Mblended” IRs is the new Helix Preset Pack 1.  I hope to make more presets in the future for some of the other devices and I will certainly be using these IRs as a starting point.  I’m sincerely hope that others will find these IRs useful in creating tones that make them want to play instead of tweak.

After coming full circle in trying to get other devices to sound like my Kemper using my own IRs, I thought I’d see what it sounded like to have those same IRs imported back into the Kemper (using Kemper Cab Maker app) and I was almost surprised how good they sounded with my Kemper amp modules.  The Kemper Cab Pack 1 is yet another way to use this blended IR technology to make even the Kemper sound better.