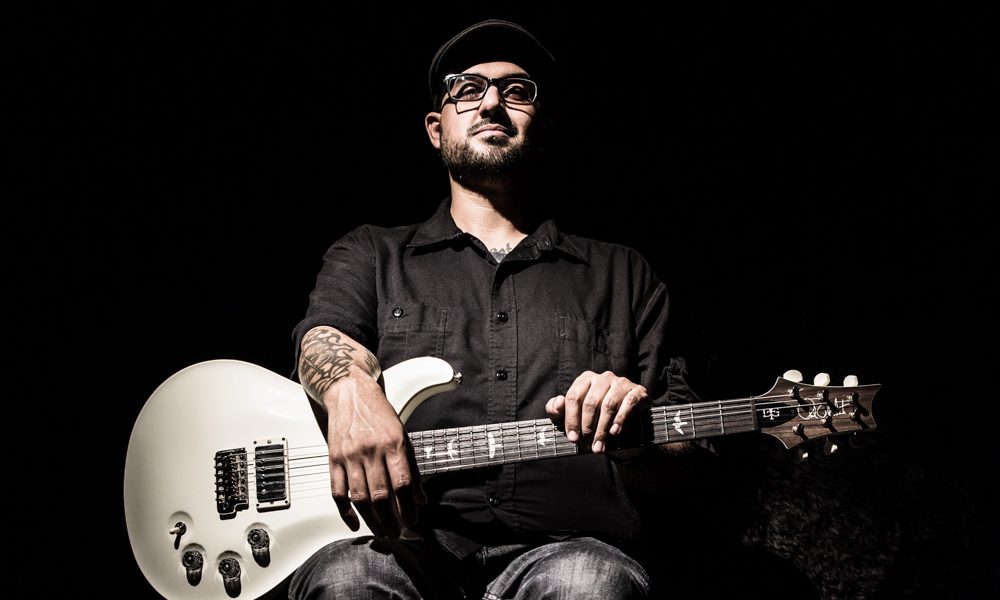 NAMM is coming up soon and I was reminded of a super awesome guitar player that I met there a couple of years ago. We chatted about tone and Kempers and guitars and man, what a nice dude! Rod Castro was also kind enough to spend a few hours with me when he passed through Nashville this year as part of the Jonas Brothers/Bebe Rexha tour and gave me a behind-the-scenes tour along with a quick trip to Carter Vintage Guitars in Nashville. He also took the time to answer some of my questions and share his favorite live pedal-platform rig at the bottom. Thanks for checking it out!

Where are you from and how did you get into playing guitar for a living?

I was born and raised in Los Angeles (San Fernando Valley). Funny enough i started out just playing in punk and metal bands. When i was about 20 years old i ended up in a band with an actor named Tom Sizemore. We did an EP that never saw the light of day and i wrote the music for it. We had an incredible session drummer on it and he referred me for my first paying gig. I actually didn’t think i was good enough to be a session player. I had no formal musical training. I actually still don’t. To be honest I’m still waiting for everyone to figure out that i have no idea what I’m doing.

If you had to define your style, what would it be?

That’s a tough question to answer. I like to think I’m a decent chameleon and that i can blend in with most styles. I tend to stay away from jazz and country. That’s a different language to me. The majority of what i get called for, studio wise, is ambient soundscape-y kind of stuff. With traditional guitar playing being phased out of a lot of modern pop music, i guess i had to adapt and play things that don’t even sound like guitar. 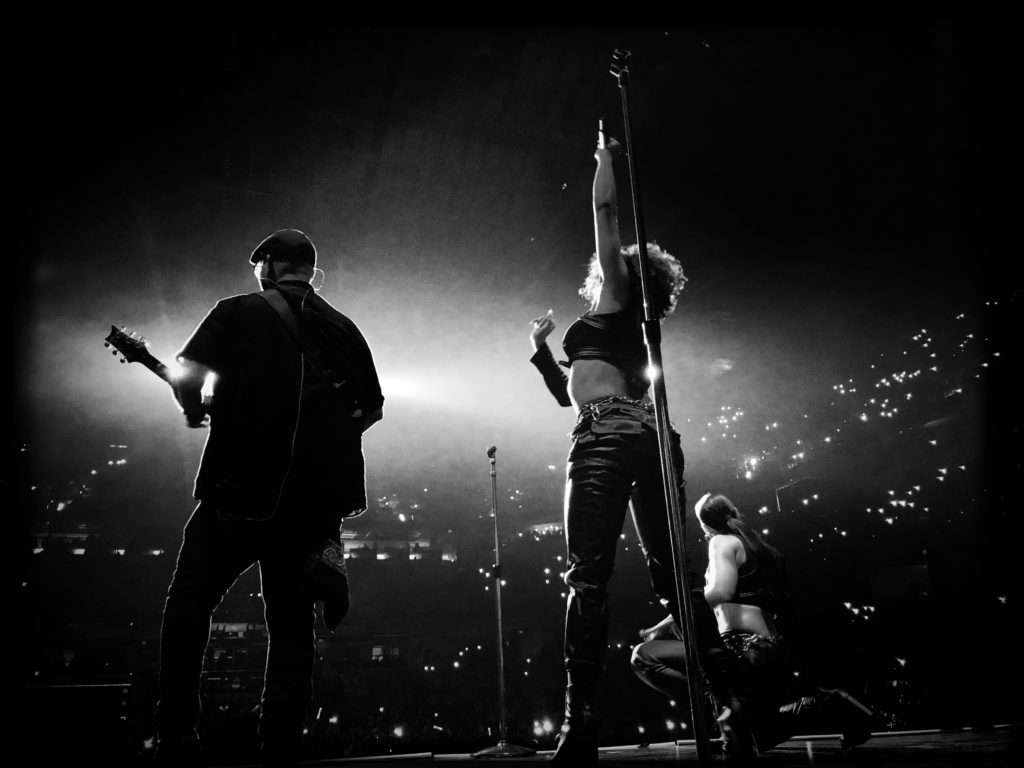 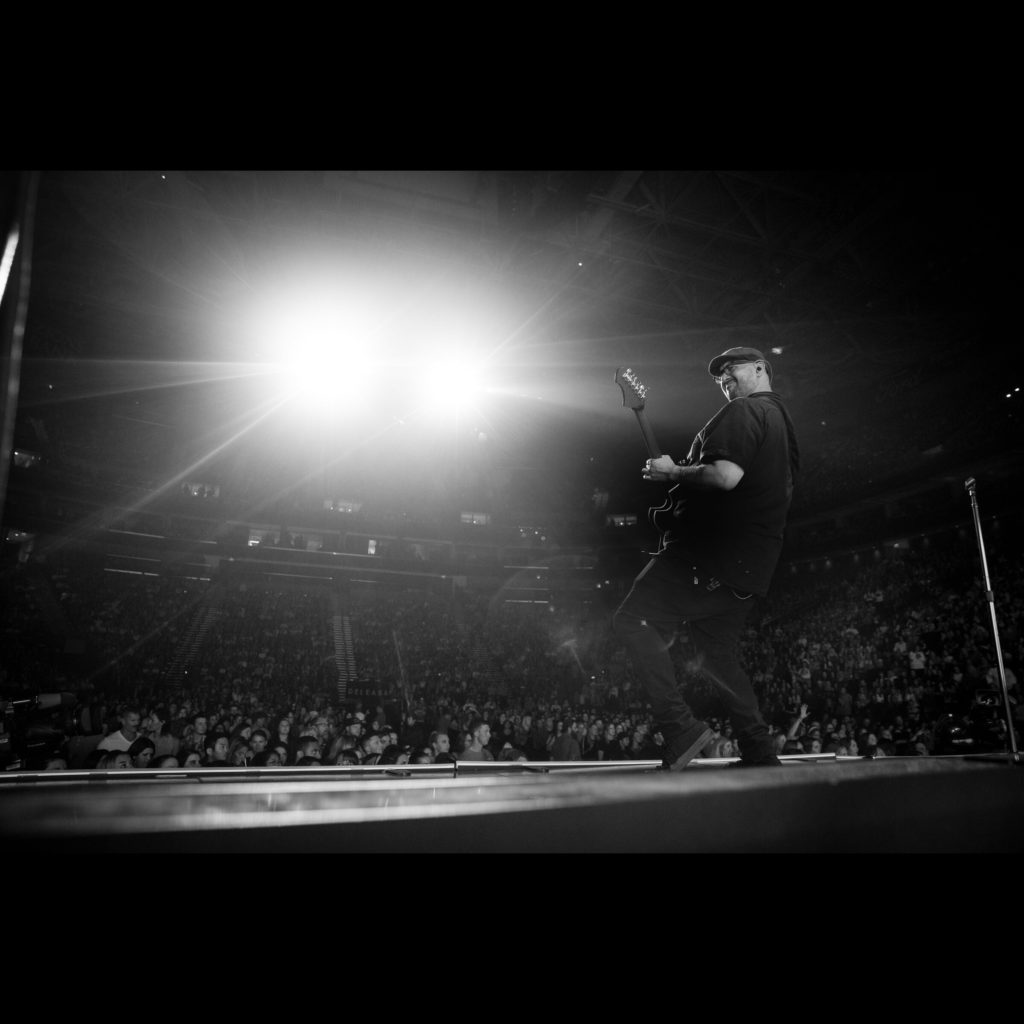 Do you feel like where you are from contributed to your playing style(s)?

I’ve never though about that. I guess ultimately, yes. Los Angeles is such a melting pot of cultures and musical cliques and i bounced around a lot of them taking little pieces here and there. If i didn’t grow up here, i probably wouldn’t have been exposed to everything thats influenced me musically.

You’ve been a part of a lot of different projects, from Bootsy Collins to Beyonce. What are some of your favorites and why?

Oh man. It’s hard pick just a few. I’m a genuine fan of all the artists i’ve been working with and they’re also just all really great people.

Beyonce’s camp is seriously the best group of people. It’s the greatest hang aside from working with some of the best musicians/professionals in the business. Her music director Derek Dixie is probably the most genius musician i’ve ever seen and he’s an equally great human being.

Bootsy is a trip! The way we met to begin with was insane. I was filling in with Bebe Rexha on the Jonas Brothers tour and we had a one off in Brazil for Rock In Rio. Bootsy happened to be on the same flight as us and i just went up to him and said hi. We talked for a bit and hit it off. A few hours after our flight landed i was in my hotel room tracking on a song he did with Buckethead and now i’m working on his next record. Definitely one of those “What is life?” moments.

He’s one of the the nicest most down to earth guys. I still have a hard time believing i work with him.

I also absolutely LOVE playing with Ellie Goulding. I’ve done some acoustic radio promo shows/one-offs with her. She is probably the sweetest artist/human being i’ve had the pleasure of working with. I’ve been a huge fan of hers for a long time.

I just started playing for TLC as well and they’ve been so much fun to work with. I’m really lucky that i don’t have any bad experiences with artists i work for. I certainly don’t take it for granted.

Another favorite is a project with my good friend DJ Jeremiah Red. He’s the house DJ for KROQ which is the biggest rock station in LA. I grew up listening to this station and it definitely had a big part in making me want to play music.

We’ve been opening up a lot of their festivals lately and its so much fun and kinda scary at times. We just did a festival opening for bands like Mumford and Sons, Jack White, Beck, Jimmy Eat World, Twenty One Pilots and so many other insanely good acts. What makes that gig challenging is that we don’t really rehearse anything and it’s completely improvised. I never know what we’re going to do. He just starts spinning music and i play along.

How did you first start using a Kemper and what brought you to using it?

I think was one of the first guitarists in my circle of friends in LA to get a Kemper. I did a session with a producer friend of mine who had one and i was blown away by it.

I do a lot of studio work. A music supervisor i work with a lot has a home studio and most home studios these days aren’t built to mic amps. I was tracking guitars for shows like America’s Got Talent and X-Factor and i was really unhappy with how my guitars were sounding on these pretty popular tv shows. No one else seemed to mind but i certainly did. I ended up getting a Kemper so i could be proud of the sound quality of my work on these sessions.

Why is the Kemper so useful for what you do?

It’s just so convenient and consistent. If you really put the time into it tweaking and customizing everything, you can get a sound you’re really happy with. Funny enough, just recently on a Beyonce session i brought the Kemper because i had it on me and didn’t have time to grab an amp. Since then, they’ve told me just to keeping bringing it. Haha!

You incorporate a pedalboard with your Kemper live, correct? What are some tips or tricks you can give to those running pedalboards with their Kemper?

I do! I love my board so much and my drive pedals are such an important part of my sound. I treat the Kemper like a clean channel on an amp and my board does all the work. My tip is experiment with different clean profiles (obviously MBritt profiles) and see which one gives you the sound you’re used to hearing when you plug into a clean amp.

I see you playing your Novo guitar a lot and I got the chance to play it when you came through Nashville. What is it about the Novo that you like so much?

I found those guitars by accident. I was totally not in the market for new guitars and i went to Mesa Boogie in Hollywood and my friend who manages the place put one in my hand and i could NOT put it down. It just feels perfect. I felt like i played better on that guitar than just about anything else. Only guitar that compares is my Gibson 335 which is my baby.

My friend Angie Swan (guitarist for David Byrne and fellow Kemper enthusiast!) tagged Novo in a video of me playing one of their guitars and we got into contact through instagram. I’ve actually become friends with a lot of the Novo team. They’re an incredible company that really cares about what they do and it shows in their guitars. I’m a huge supporter. 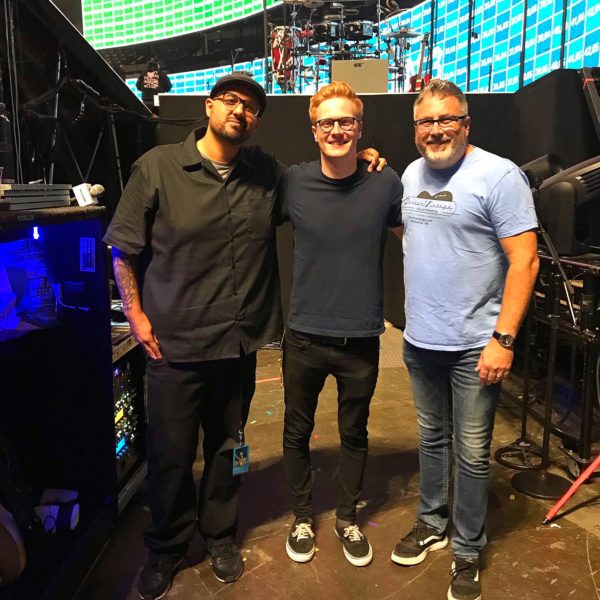 What are some of your favorite Kemper amp profiles and are they the same amps you gravitate toward in the real world?

Oh man! I’m definitely a creature of habit with my tone. I’ve spent a good amount of money and time on your profiles and i love A LOT of them. My default is the Bangor SD60 N3. I did a bit of tweaking to that one my pedals do everything else. I also love your Divided by 13 profiles!

As far as real amps I’m a diehard Bogner player. It’s all I’ve used for over 10 years and it really is a big part of my sound. Reinhold Bogner is a dear friend of mine and he also made me own one-off signature amp that i absolutely adore. I’m very loyal to them and love everything they put out.

In your opinion, what makes Kemper unique compared to other modelers?

Kemper is like the photoshop of guitar modelers. There’s a lot of great modeling technology and to be honest i use a lot of it and love it. But with Kemper, you literally have everything you need to get any sound you want. The more time you spend with it and the more you do your homework on it, the more you can get out of it.

Do you have any upcoming projects/tours we should look for?

I have my solo project called Caroucells. I put out a live EP called “Unum Hominem” (Which is latin for “One Man”). I play guitar, sing and also play a kick drum and tambourine with both my feet all at the same time. I feel like Dick Van Dyke in Mary Poppins but its such a fun project.

Theres a few tours up in the air for 2020 but nothing confirmed yet. Bootsy’s record should be out next year at some point as well. We’re currently working on songs for it and they sound amazing! I’m so stoked.