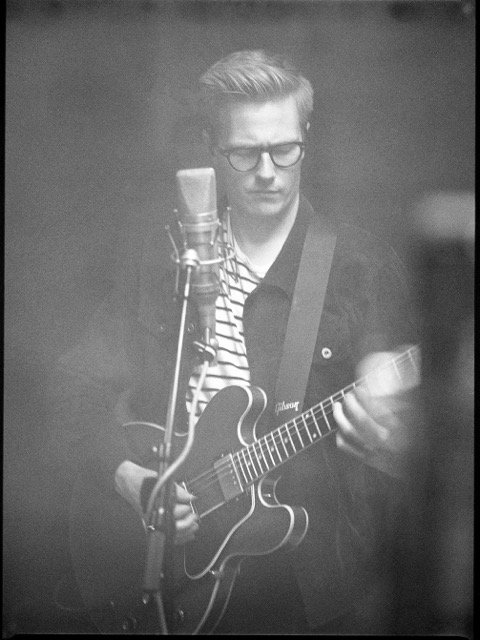 I happened to be watching Saturday Night Live a few months ago and saw The Jonas Brothers perform. I will admit to not being super aware of their music but their new song was pretty cool and the band sounded really good. I looked up who the guitar player was because he seemed, well, not just a background player. Turns out I had already been in communication with him via email a few months before through a mutual guitar player buddy and he was using my profiles on the SNL show. I was very proud and reached out to him to invite him to be my first MBritt Artist Profile. Tom Crouch is a great player and talented writer as well so I had a little Q&A with him (below) and he is kind enough to share a couple of his actual Kemper rigs he’s using on tour with The Jonas Brothers. Here goes:

Where are you from and how did you get into playing guitar (for a living)?

I was born in Guildford, Surrey, England, but spent most of my childhood growing up in Southampton, along the south coast of England. I first picked the guitar up at 9 years old, after spending 4 years learning the piano and clarinet. I played all through my school years in a band, and then when leaving high school at 18 landed a gig playing for the British singer songwriter Gabrielle Aplin, that took me on my first world tour and started to put me on the map as a session musician.

Do you feel like where you’re from contributed to your style of playing?

Funnily enough, it feels more full circle now that I live in the states. I listened to a lot of american music growing up, and it kind of happened in 3 stages. I listened to Guns n’ Roses for years, really honing in on Slash and trying my best to interpret his incredible playing as a guitar player, and then I took a hard left turn to listening to Jack Johnson for a couple of years, exploring acoustic instruments and beginning to focus more on songwriting. And then during my last few years of high school I was introduced to John Mayer and Bon Iver on the same day, which blew my musical brain apart. Ever since then, as an artist and songwriter, I’ve been most intrigued with the marriage of musicianship and songwriting, and that still drives me to this day. That being said, some of the british greats were big influences on me growing up. My dad listened to Eric Clapton a lot, I’ve always been a huge Coldplay fan, and of course Radiohead are massive influences for me.

What are some of your favorite musical projects you’ve been a part of?

I played in a part of the musical collective Gungor for a couple of years. That was the perfect balance between incredible music, being surrounded by musical virtuosity and forming some of the closest and most important relationships of my life. The music we played was a real journey, almost to a spiritual extent, and the shows that we played were some of my favourite. I also have loved getting to play with a band during my own shows. Hand picking some of my favourite musicians in LA, getting them all in the same room, and trying to explore live versions of songs that I’ve written has been a real adventure.

What projects are you currently working on? I saw you on SNL with the Jonas Brothers and your guitar sounded fantastic, by the way!

Thank you so much! Since playing with the Jonas Brothers I’ve been diving deep into Kemper world, exclusively using your profiles, so you’re the one to thank with how good the guitar sounded!? Working with the Jonas Brothers is taking up a fair amount of time right now. With their new album, Happiness Begins, just released, we’ve been travelling all over the US and Europe doing all the TV/Radio promo things imaginable. From August onwards we embark on a long tour, so that’ll keep me out on the road for the rest of the year. I have a little writing rig with me on the road, so it means I can keep writing new material for my project Liminal as we travel, and I hope to come out with another record in 2020. 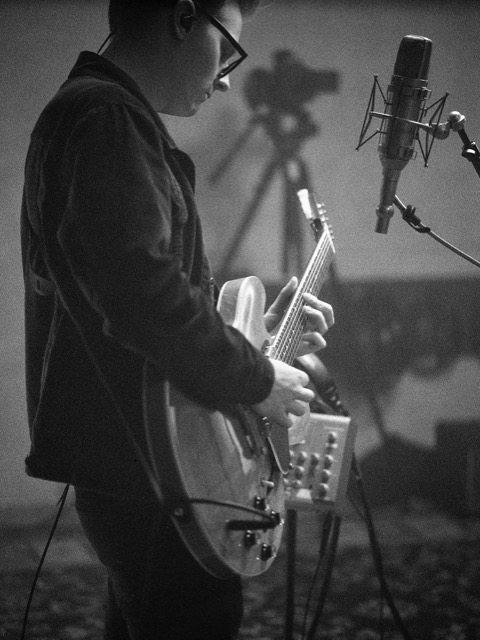 Does the gear you use inspire your playing or do you already have a sound in your head that you try to find in gear?

Its kind of always a pendulum swinging between those two points. I’ll go through phases where I know what kind of gear makes the specific sound that I’m going after, and then I’ll come to a point where I’m a little lost and needing some fresh inspiration with sounds, and thats when I often will start exploring new gear that I’ve never touched before that will inspire a new direction. Specifically with guitar, though, I now have a pretty great idea of the sound in my head that I’m after, and since using the Kemper, its been so fun exploring the depths of it and all of the different profiles to really find the sound I want.

How long have you used a Kemper and how did you get turned on to it?

I got my Kemper at the top of 2019, after spending years and years hating on it relentlessly, ha! Ignorance is bliss I guess… But a few trusted guitar friends of mine had recently made the leap and were raving about it, and I was in the market for a boutique work horse amp that could do anything and everything. All of the ones I were looking at were about $5k or up, which seemed ridiculous to me. I searched a bunch of youtube videos comparing the real amps to the Kemper Profiles and was blown away by the similarities between the two. Thats when I decided to just jump in and try it out for a while, and I haven’t looked back since.

Do you use the Kemper alone or do you incorporate other gear/fx?

My current rig right now is mainly using all the Kemper in house stuff. I have a Chase Bliss Brothers on my board just incase I need to go the extra mile, a Lehle Volume pedal and a Boss Tu-3 (old skool). I’m also using the RJM MMGT-16 as my midi controller, which is incredible. Thats effectively my pedalboard now, and its an unbelievable piece of gear. My main pedalboard then stays at home, much to the relief of TSA, and myself! Ha!

What are your main guitars you use live or in the studio?

For the live stuff, I pretty much exclusively used Gibson ES-335’s. I have a bunch out with me on the road, and they’re just so faithful and never go wrong. I’ve always gravitated towards bigger bodied guitars, because I’ve used a Gretsch Country Gentleman for years now. But I found the body to be SO big on the Gretsch that feedback became a real issue on louder stages, so the Gibson is the perfect balance of big body/less feedback, it feels fantastic and looks so great. As for the studio, I have an old 1973 Gibson Les Paul Deluxe Goldtop that I adore, obviously my gretsch, and an assortment of acoustics.

What are some of your favorite profiles and are they the same as amps you would gravitate to in the real world?

I absolutely love the 56 Pro profile you made. Its unbelievably rich and so responsive that it evokes real emotion when playing. I use a lot of the Mesa Boogie profiles of yours too on the Jonas Brothers gig, as a lot of the music requires a ‘wall of guitar’ type tone, which obviously is right up the alley of the Mesa. I also use the ’72 Marshall a lot, and some of the old Fender stuff from the vintage pack. I definitely gravitate to the older fender stuff in the real world, but a lot of times I’ll try to find weirder amps to plug into that are very characterful in the studio. I have this projector amp back home in LA built by the wondrous Austen Hooks and its made out of an old military Bell & Howell projector. Austen basically beefs the whole thing up and fills it with the most insane vintage and rare parts, and they sound absolutely incredible. So I use that a lot for my rig at home and for my own solo projects.

Where do you fall on the gear nerd spectrum? (1 – “I just play guitar and don’t like to twiddle knobs” to 10 – “I am always looking for something new and fancy to incorporate into my rig”)

I’m probably a 12… I’m a serious gear nerd and have been for years. I’m always hunting for new pedals, new amps, new guitars and all sorts of other random bits and bobs. I truly can’t ever get enough of it!

Check out more of Tom’s music at www.liminalofficial.com